Does Sit-to-Stand Working Improve Health and Wellness at Work?

Sit-to-stand working is one of the biggest office trends of recent years, but the motivation behind the movement is over 60 years old.

Ideas of a relationship between health and sitting first appeared in the 1950s. Cutting-edge research explored the heart attack risks of London bus drivers and bus conductors - finding that the sedentary drivers were twice as likely to suffer a heart attack than their more active conductor counterparts.

Since then, the link between sitting and health concerns has been explored further, and now, the movement to sit-to-stand work environments has compelling evidence in its corner.

The main goal of sit-to-stand working is simple: encourage people to spend less time sitting during the day, and more time being active or standing.

There's an ever-growing body of evidence that shows that sitting for prolonged periods of time is adverse for good health - so much so that physicians and health bodies are treating prolonged sitting as just as important for health as physical activity and weight management.

Studies paint a stark picture of the relationship between sitting and health conditions. Sit-to-stand working represents a powerful tool for improving the well-being of anyone in a traditional sedentary role while at the office. Here are just a handful of the studies available:

"Will People Really use Sit-to-stand Desks?"

Even if sit-to-stand working offers a great theoretical alternative to sitting all day, another question lingers: will people actually use sit-to-stand desks, or is it simply another passing trend?

As with any health-boosting activity, knowledge of benefits doesn't always translate into habit adoption. However, research suggests that sit-to-stand working, once implemented, does actually translate into a meaningful difference in activity levels. In one particular study, sit-to-stand working reduced time spent sitting by 73 minutes per workday, increasing time spent standing by 65 minutes in its stead.

As long as organizations take the time to encourage adoption of sit-to-stand working - starting slowly, incentivizing participation, and encouraging senior executives to lead by example - it looks extremely likely that sit-to-stand desks will translate into improvements in health and wellness across the organization.

Learn more: How to Adopt Sit-to-Stand Working in Your Office

"Does Sit-to-stand Working Help Outside of the Office?"

The eight or nine hours we spend in the office make up a significant portion of our day, and any improvements we can make to our health within that time are extremely worthwhile. But how does sit-to-stand working impact our lives outside of work? Do the habits we pick up during the work day translate into health improvements during our free time?

Once again, the research into this area looks extremely promising. After following over 1,000 employees of organizations that adopted sit-to-stand work stations, Ergotron found that the benefits of workplace habits had already translated into benefits outside of work. Twenty-nine percent of respondents were exercising more after receiving a sit-to-stand desk, 51% reported that they were more movement-inclined than before, and 63% spent less time sedentary.

There's still more research to be done, but so far, the studies point to gained benefits of sit-to-stand working. By simply encouraging employees to build more activity into their working habits, organizations around the world can affect positive changes to the health and wellness of their employees - both inside and outside of work.

Given that office workers are one of the largest occupational groups, there's a phenomenal opportunity for companies to dramatically improve the lives of their employees - and the people around them. 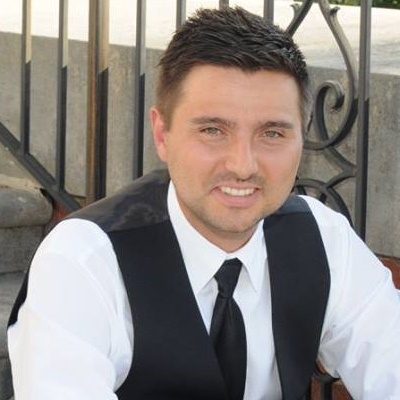